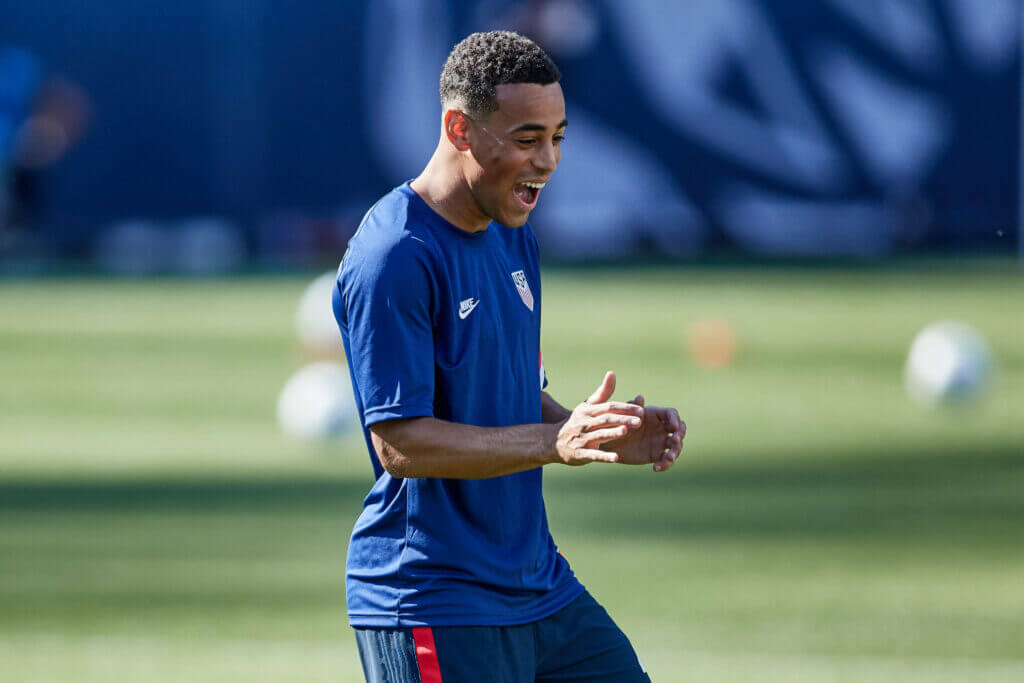 According to reports from The Athletic, Arsenal are keen to sign RB Leipzig defender Tyler Adams in the summer transfer window.

The Gunners will be looking to offload several high-earning first-team players to make space for new arrivals.

Arsenal are looking to bolster their full-back options this summer and have earmarked the United States international as a potential option.

The 22-year-old made 27 appearances last season in the Bundesliga, where he bagged one goal and one assist for the club.

He is a versatile young player who is capable of play both as a right-back and as a central midfielder. He is a good fit for Arteta’s ‘inverted’ system on that flank.

Leipzig are reluctant to lose Adams following the sales of centre-backs Dayot Upamecano and Ibrahima Konate to Bayern Munich and Liverpool.

Tyler Adams has recently signed a contract until 2025 at #RBLeipzig. There is no exit clause. Leipzig are in the #UCL and in Marsch his former #RBNY head coach is now in charge. #AFC #USMNT

Arsenal are likely to offload Hector Bellerin this summer, and they will need a replacement.

The Spaniard is set to end his seven-year stay at Arsenal, and a return to Spain is on the cards.

If Bellerin leaves the club, Adams would be a fantastic replacement.