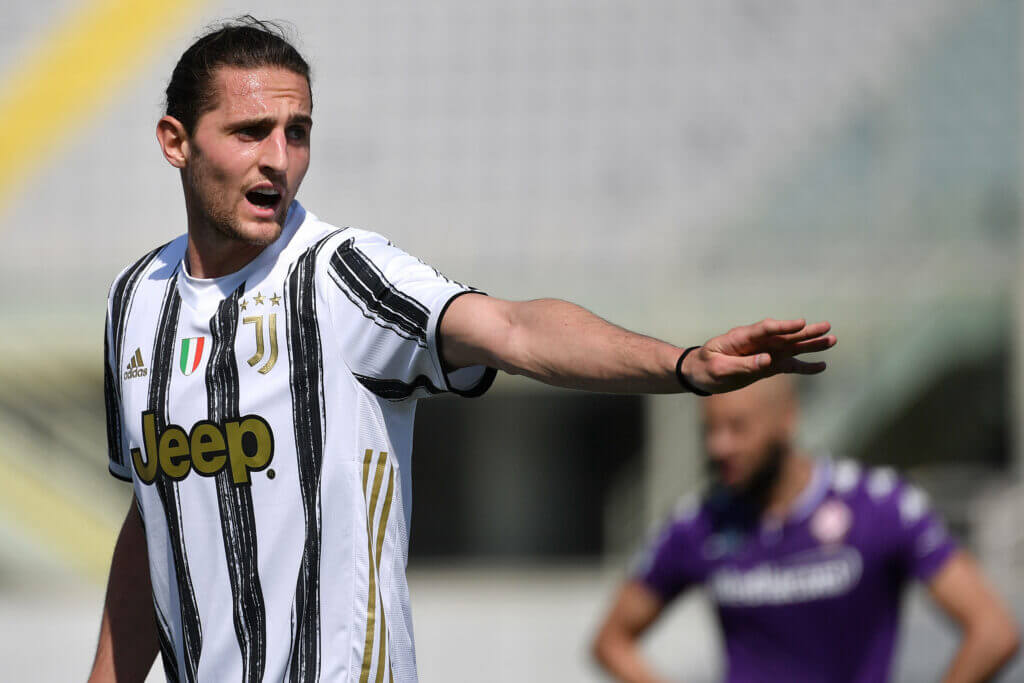 According to Calciomercato, the Blues and Barcelona are interested in signing the former Paris Saint-Germain star.

He has done well this season for the Old Lady, scoring three goals in 41 appearances in all competitions.

Juventus are looking to offload some of their players to recoup funds, and they are considering his sale.

Rabiot’s mother and agent Veronique has reportedly made contact with Barcelona, but the Catalan giants are yet to decide on a possible move.

The report claims that Chelsea have also joined the race to sign the 26-year-old, who has won six league titles during his career.

Juventus are looking at a fee of around £17 million for Rabiot, and they are waiting for the right offer.

Rabiot has been frequently linked with a move to Everton, with Calciomercato reporting back in March that Carlo Ancelotti having a ‘real passion’ for the French international.

The Italian boss handed Rabiot his PSG debut, and the pair share a good relationship.

Ancelotti has admitted that the Toffees may sign a midfielder this summer, and Rabiot could be an option.

In other news, Everton have received an injury boost in the form of Abdoulaye Doucoure.

The first 'flying' lap of the Mandalika International Street Circuit!

Paul Pogba is no different for France than at Man United,…

Transaction Analysis: Cubs Core Disperses as El Mago is a…

Celtics’ President Brad Stevens is Dealing Prior to…

Mektic and Pavic Claim Gold in All Croatian Olympic…